Van Wert County is located in northwest Ohio’s rich agricultural area, situated on the Ohio-Indiana border. The city of Van Wert, together with the surrounding communities, is recognized as a center for business growth and development, medical and cultural opportunities in northwest Ohio. 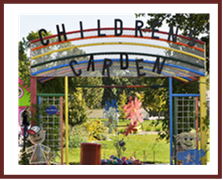 especially attractive for industrial development. Its hometown atmosphere offers an accomplished and progressive educational system, an overall low cost of living and outstanding medical, recreational and cultural facilities. The city’s central location and Midwestern roots give it a unique social and cultural awareness that makes it a special place to call… HOME.

Our History and Foundation
The County of Van Wert is named after a Revolutionary War hero, Isaac Van Wart.  A mistake by those preparing the act of legislation to name the County made the spelling appear erroneously as Van Wert, and the new spelling has endured.

Van Wert County was first settled in 1821 by former sea captain James Riley.  Riley moved his family to a plot of land he purchased along the St. Mary’s river and laid out the balance of his land in lots for a town he named Willshire, the first county seat.  In 1834, James Watson Riley, Captain Riley’s son, and two other men bought 240 acres of land for the location of a town in the center of Van Wert County.  In 1838, the General Assembly of Ohio transferred the county seat from Willshire in the southwest corner of the county to this new location under the name of Van Wert.

During the early years, dense forests covered Van Wert County, and the northern portion was a bog known as the Great Black Swamp.  In spite of these handicaps, people did move to the area.  These brave pioneers were mostly of German descent with some Welsh and Irish.  Since the land was a wilderness, early settlers had to turn to hunting and trapping to gain the necessities of life.  Even when they were to clear a little land to produce crops, the drainage was too poor to make farming profitable.

Agriculture & Industry: Life began to change in 1845 with the opening of the Miami Canal Extension, which offered transportation facilities to the great markets.  This opened a new era marked by industry and enterprise as the dense forests became a source of revenue.  As the timber was cleared away, the land was drained and farming increased dramatically on the fertile black soil.

Historic Buildings & Happenings: The Pennsylvania Railroad was built to Van Wert in 1853, and the Cincinnati-Northern line was added in 1880.  The present Courthouse was begun in 1874 and on January 1, 1901 the first county library in the United States was dedicated.  The first newspaper was the Van Wert Patriot was founded in 1844.  The Van Wert Agricultural Society was organized in 1838 and held their first county fair in 1856.   Van Wert sits on the historic Lincoln Highway, a 3000 mile highway across the United States from Times Square in New York to Lincoln Park in San Francisco.  During the construction of this highway “control stations” were set up to measure mileage and to serve as a depot for travelers.  The Hotel Marsh located in the heart of downtown is the original “control station” for Van Wert.  The 26 mile section of Lincoln Highway that stretches through the county once formed the southern shore of Lake Erie.   Throughout the 20th Century Van Wert was known as the Peony Capital of the world thanks to its large number of commercial peony farms.  The Peony Festival originated in 1902 when the first Sunday in June was designated as "Peony Sunday". During the 1930's, the Festival became a major event with crowds estimated at over 100,000 people. Two parades were held at the time, one in the afternoon and an illuminated parade in the evening. Each parade had over 40 bands and 45 floats. A 1938 newspaper article stated that the Peony Festival had more quality floats than the Mardi Gras! Between the afternoon and evening parades, the visiting bands performed a mass concert at the football field, with as many as 3,000 musicians performing. Corporate floats from all over the country were present.